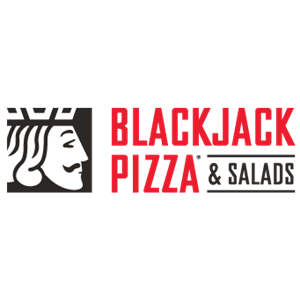 Blackjack Pizza was founded in 1983 by Vince Schmuhl. After working several years for another pizzeria, the founder felt that there was plenty of room for competitors in the fast growing pizza delivery business. At that time, there was only one major player in the pizza delivery business in the Colorado Rocky Mountain region and he felt that customers would really appreciate a better alternative to satisfy their pizza cravings.
The first Blackjack Pizza store was opened on June 29, 1983 in Federal Heights, Colorado. The second store opened in Greeley, Colorado in February of 1984. Vince continued to open new stores, mainly in the Denver Metro Area. By 1986, there were six corporate owned stores and one franchisee in operation.
In 1988, Blackjack officially became a franchisor using the concept of an owner/operator franchisee at each store location. Several corporate stores were sold to franchisees, and other franchisees were added to the system through conversions of independent operators who saw the value in being part of Blackjack Pizza. We have continued to add franchise outlets to the system under a policy of slow, controlled growth. Today there are 42 stores in operation in five states.
What made us think that we could compete with national chains? It‚Äôs the passion that we put into our products. Our handcrafted products are made in-house from our pizzas and breads to our salad dressings. We care enough to provide you with nothing but the best freshest ingredients and never frozen cheese blends. Our commitment to quality sets us apart from our competition.