Our hearts are heavy as we feel the immeasurable impact Hurricane Ian has had on our community. We are working diligently to provide relief to our members and the local business community. Please visit SWFL Inc.'s Hurricane Ian Resources for more helpful information.

ACKNOWLEDGE
Back to Business Directory 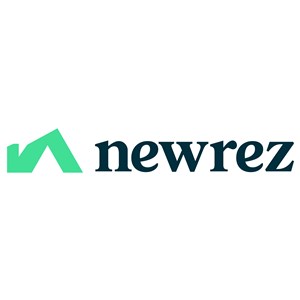 Originally from London, England, Nigel grew up in Michigan but has called South Florida home since 1975. Nigel’s experience, leadership, and dedication have earned him numerous industry awards. He attributes his success to providing world-class services for both customers and his associates by maintaining exceptional industry and market knowledge combined with an unwavering commitment to integrity and performance. This has allowed him to guide our Associates, Realtors®, builders and customers through the new challenges of mortgage financing.

Nigel Fullick is a proud U.S. Army veteran and an alumnus of Florida Atlantic University. An avid snow skier growing up, he raced World Cup for three years. Nigel was an original member of the U.S. Speed Skiing Team and of the U.S. Ski Association Olympic Committee for Speed Skiing from 1987-89. After retiring from ski racing, Nigel spent seven years as chief executive for two national ski companies.

Nigel entered the mortgage industry in 1997 and quickly became a nationally ranked originator before taking a major leadership role with two publicly traded companies. Passionate about community involvement, Nigel currently serves as Chairman of the Art in Public Places Board for the City of Bonita Springs and on the Board of Directors for: Habitat for Humanity of Palm Beach County, and The Amigos Center in Lee and Collier counties. He is an active member of the Bonita Springs Chamber of Commerce, the Realtor Boards of Naples and Bonita-Estero. In 2015 he was elected President of the Mortgage Bankers Association of Southwest Florida. He is an annual participant and team leader in the American Cancer Society's Relay for Life. Nigel remains an avid snow skier, diver, boater and still loves to travel. We are proud he is on our team, and you'll be glad he is on yours!